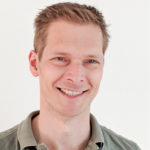 This is a very specialistic light, intended for military use, police, firefighters, traffic control, and so on. For those purposes, it should serve very well. For the real hardcore flashlight enthusiast, like myself, it might be a bit less interesting since it’s dedicated for those purposes. The build quality and general output are still very good, even for a real flashlight enthusiast.
It’s difficult to give an unbiased score since I’m not a police officer.
The Magicshine MTL40 does what it has to do, and moreover, it arrives as a very complete kit. It gives a nice output and the secondary LEDs give a very good color rendering with a nice floody beam.
I cannot find anything really negative about it, apart from the outdated micro USB connection on the battery. And the utterly slow charging speed via micro USB.
So with all these positive points and just one negative, it really deserves 4.5 stars in my opinion. It’s a versatile, small, lightweight, and good performing flashlight with the quality we are used to from Magicshine!

Magicshine recently released another new interesting tactical flashlight, the MTL40 (Magicshine Tactical Light 40). Since I like Magicshine’s products, I was eager to review this one! Luckily they were kind enough to send me this product for reviewing purposes.

The main white LED has an output of up to 1000 lumens and features an overwhelming strobe. It has a beam distance of up to 220 meters and is rated IPX 8 for waterproofness.

As always, Magicshine delivers its products in a beautifully designed luxurious box, with full-color print, wrapped in clear shrink foil (Attention to detail, even the flashlight which is printed on the cardboard box is embossed into the cardboard box.)

The Magicshine MTL40 comes with all accessories you need:

Handling of the light

The light itself feels physically very well balanced, it’s not heavy, and due to its relatively small dimensions, it’s very easy to hold and operate.

Its size is a pro since it’s still pocketable (well, okay, it’s not an AA light, but it’s smaller than a C8 type light for example)

The tactical forward clicky switch allows it to operate the light momentarily. The tail switch gives enough physical feedback as well as the side switch. The side switch will light up for a few seconds when the light is powered up. It will indicate the battery’s status with a green or RED LED (steady green up to 75%, flashing green up to 50%, flashing RED up to 25 % or steady RED, below 25% ) The side switch is placed in a very convenient position, that is easy to reach, and to operate.

Physically it has lots of large grooves milled into the tube, which gives a ton of grip. You can’t really lose it due to lack of grip ;–)

The tail with mechanical switch has two protruding notches with a lanyard hole, the notches are rather small so tall standing is possible, however, it seems they’re not really designed for tailstanding.

Another nice thing is the traffic wand. It is convenient (for instance, for traffic control). The light itself is really intended for police officers, traffic attendants, and so on), especially since it has multiple LED colors, with different modes. The wand really picks up a lot of light and diffuses it very evenly, so people will have your attention.  When you use the blue LED together with the police strobe, it will make an average citizen look like an officer ;–)

Like real officers, you can use the holster for instance on your belt to store the light to be able to use it when you need it, and it won’t bother you when it’s not needed. One small downside, the traffic wand cannot be stored together with the light at the same time in the holster.

The MTL40 is made of aluminum and finished with a satin black anodization, as said there is no real knurling. Instead, there are many lines and grooves milled into the light. At the head section, it really helps to dissipate the heat away from the LEDs, and at the tube section, it gives a ton of grip

The threads are very clean and square-shaped, providing a rigid connection that will last for years.

It seems the head cannot be removed from the tube by hand. They probably used some thread locker to prevent it from opening.

However, the top bezel can be removed by hand to gain access to the TIR and the MCPCB with the LEDs (as can be seen in the picture). One interesting detail is that it’s a proprietary TIR, to become sure it’s always placed correctly, there is a small protruding part on it which falls in the matching notch / recessed part of the head.

Another interesting detail is that the head gets sealed by two O-rings, one inside the top part of the bezel and another one on the vertical part of the head between the bezel.

Magicshine has a high reputation for physical quality, and they don’t let us down, it matches all expectations.

All LEDs are placed behind a proprietary TIR, and the white LED has the largest optics.

It produces a floody beam with a bit of throw. The smaller TIR optics for the additional LEDs are almost pure flood.

The bezel is pretty straight forward and has some light crenelations. This really helps to indicate whether your light is switched on or off when placed on the head since light will bleed through.

Size compared to other popular flashlights.

The MTL40 features mode memory. When you turn the light on, it will return to the previously

memorized mode except for the Strobe mode.

Note that it always starts with the white LED.

Magicshine MTL40 comes with a charging cable plus a 3500 mAh 18650 battery that includes a charging port.

One drawback is the micro USB connector. This feels outdated in 2021 (I mean I’m using USB-C on my phone for 5 years already). The second con is the charging speed.

Charging is terribly slow because it charges at 500 mA. It would take almost 7 hours to charge an empty battery.

Luckily I had the additional MAS C1 module that came with the MTL60, which charges a lot faster, so I could use that for charging.

The light uses springs on both ends, so button tops and flat tops will work with this flashlight.

Level 3 will hold its output for almost 4 hours, which is quite impressive!

Level 2 will hold a stable output of about 92 Lm for a stunning 15 hours! (which left me thinking, let’s skip level 1)

What’s interesting to see is that only the red will give a stable output without noticeable stepping down. It will sustain for almost 4 hours!

The blue has another different character, where you can see the battery drain after 2,5 hours, so it is clear that each LED behaves differently and gives different results!

Lumen measurements (for each mode)

Throw is measured at 5 meters

I took the beamshots at an open field with trees near the end and a small ditch. This is approximately 400 meters, according to Google Maps. A fun fact, I had no trouble doing beamshots, except for the BLF GT90. When I powered the BLF GT90  up, I just saw the shape of the beam surrounded by fog (even an owl was distracted by it, and it flew towards me until he noticed me)

Disclaimer: This flashlight was sent to me for review at no cost, by Magicshine. I have not been paid to review, nor have I been holding back on problems or defects.